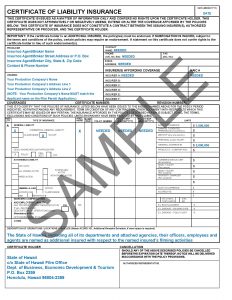 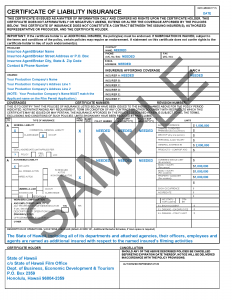 “The State of Hawaii, including all of its departments and attached agencies, their officers, employees and agents are named as additional insured with respect to the named insured’s filming activities.”